Lose yourself in pure luxury with our Belize Honeymoon Packages

Belize is an exotic and beautiful country in Central America, just 2-5 hours flying time from the United States. With golden sunshine, sugar sand white beaches, and hundreds of offshore islands, it’s no wonder that Belize is a popular choice for weddings and honeymoons. The award-winning resort of Chabil Mar on Belize’s Caribbean coast offers newlyweds a complete range of honeymoon packages for an unforgettable beginning to their new life together.

Chabil Mar and the Placencia Peninsula is the gateway to the Belize Barrier Reef, a UNESCO World Heritage Site that splits into seven different marine reserves and national parks. Home to world-class diving, snorkeling, fishing, and sailing, the Belize Barrier Reef is part of the second-largest barrier reef system in the world after Australia’s Great Barrier Reef. Although constituting just 4% of the ocean, coral reefs are home to 25% of all the marine species in the world, making the offshore waters of Belize an enormous living aquarium.

Honeymooners can also choose from a wide range of exciting activities on the mainland including zip lining through the jungle canopy, horseback riding through pristine rainforests teeming with wildlife, picnicking at cascading waterfalls, and boat expeditions up the well-named Monkey River. The trackless wilderness of the nearby Cockscomb Basin Wildlife Reserve is home to thousands of flowering plants (including orchids, the national flower of Belize) and exotic wildlife like jaguars.

Other unique experiences for honeymooners to enjoy on the mainland include cave tubing (floating on an inner tube through a series of caves), exploring vast ancient Maya cities like Xunantunich and Cahal Pech, and visiting the site ranked by the Discovery Channel as the number one sacred cave in the world, Actun Tunichil Muknal (ATM) Cave.

Chabil Mar is a perennial TripAdvisor favorite and the ideal resort for honeymooners to enjoy all the best that Belize has to offer. Indeed, GQ Magazine recently touted Chabil Mar as the ideal Belize honeymoon resort, stating that “no one would blame you for holing up” with their new spouse at the resort.

For more information about Belize honeymoon vacation packages, feel free to chat with our Concierge at: concierge@chabilmarvillas.com or contact our Reservations Manager at: reservations@chabilmarvillas.com. Or perhaps you would like to call toll free from the US or Canada: 1-866-417-2377.

Chabil Mar is a multiple award-winning resort located on the sunny shores of the Placencia Peninsula in southern Belize. With a lush tropical garden, luxuriously equipped villas, and a gourmet restaurant on site, Chabil Mar is the ideal resort for your family to enjoy an unforgettably fabulous summer vacation in Belize.

Chabil Mar is located right on the Caribbean coast just steps from the sea. The Placencia Peninsula is the gateway to the UNESCO World Heritage Site of the Belize Barrier Reef located just a few miles offshore. Home to no fewer than seven national parks and marine reserves, the Belize Barrier Reef is famous for its clear waters, bright sandy seafloor, and teeming abundance of colorful marine flora and fauna. Popular activities that can be enjoyed by the whole family include swimming, sailing, snorkeling, scuba diving, fishing, and playing castaway for a day on one of the many picturesque islands.

A perennial TripAdvisor favorite, Chabil Mar is also strategically located close to some of the top destinations on the mainland. Guests can partake in activities like a boat expedition up the Monkey River in search of native primates with one of the loudest animal calls in the world or hike through the lush beauty of the vast Cockscomb Basin Nature Reserve, home to hundreds of flowering plants, colorful birds, and all five of Central America’s last remaining big cat species.

Other popular activities for the family to enjoy on the mainland include zip lining (sailing through the jungle canopy up to 3 miles on a series of wires), the world-famous cave tubing (floating on an inner tube through a series of caves), mountain climbing and rappelling, picnicking at the base of a waterfall, or visiting an animal sanctuary.

The ancient Maya that once dominated the continent with a vast empire stretching from Mexico to El Salvador had their base in Belize. With more ancient Maya ruins than anywhere else, Belize is the perfect place for the entire family to learn about history while going hands on exploring soaring temples, magnificent pyramids, and ball courts that once entertained thousands of spectators. The Maya also used the caves in Belize to perform some of their most sacred rites, including offering up human sacrifices.

Whether you’re traveling with young ones, teenagers, or a mix of both, there is truly something for everyone to enjoy in Belize. For an unforgettable summer vacation that the whole family will love, book your trip to Belize today. 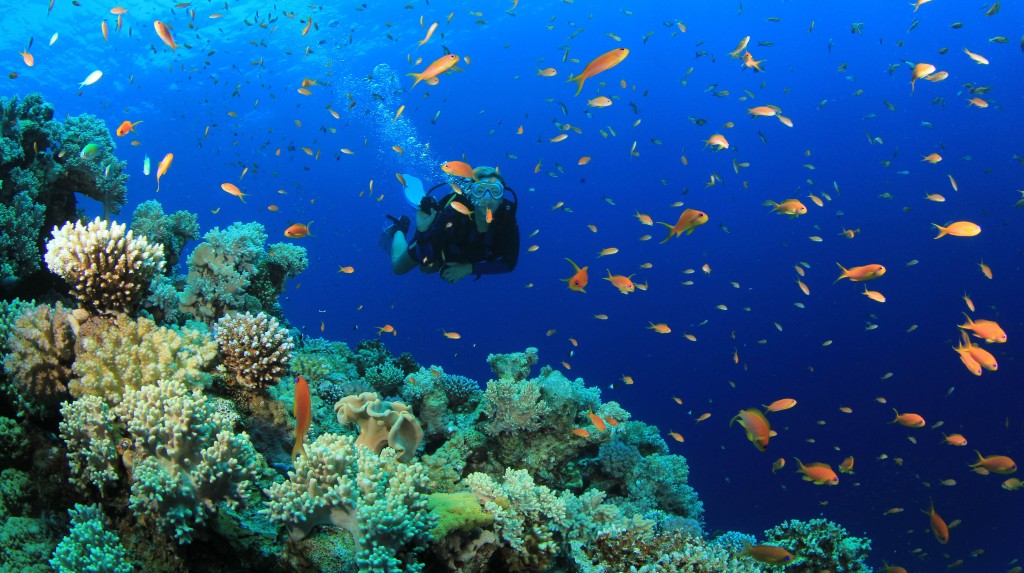 Following on a popular article published earlier this year highlighting Belize as a top destination to visit in 2017, the MSN Lifestyle website has published another article extolling the many exciting adventures available for travelers in Belize. Published on May 8, 2017, the new MSN article entitled “7 Amazing Active Adventure in Belize Beyond the Beach” focused on many of the most unusual and exciting adventure opportunities available on the mainland.

The MSN article revealed that photos cannot reveal the experience of what it’s actually like to explore the depths of ATM (Actun Tunichil Muknal) Cave in Belize. One of the few ancient Maya sites to have been found completely intact, ATM Cave has a uniquely spooky atmosphere, perhaps because the deepest part of the labyrinth is littered with the remains of human sacrifices.

Hiking is the wrong verb to describe the pleasure of discovering a vast pristine world in Belize’s jungles and rainforests. As extolled in the MSN article, Belize is home to vibrant forests teeming with clouds of butterflies and alive with the sound of more than 400 species of birds. And just when you think you’ve seen it all, you make your way into a clearing and behold the majesty of Central America’s tallest waterfall. And for experienced riders, horseback riding through one of Belize’s many pristine nature reserves is a true privilege.

Anyone who has visited Belize would not have been surprised to read in the MSN article that biking came in at number four on their list. Using gorgeous photos of the unique murals found in Placencia, a popular eco-tourism village on the Caribbean coast in southeastern Belize, the MSN article described how bicycles are popular modes of transportation in Placencia and islands like Caye Caulker.

“We’re proud of our beaches and gorgeous offshore islands, but it’s great that MSN highlighted many of the amazing things to do and see in and around Placencia,” said Larry France, marketing manager of Chabil Mar. “We love working with guests to craft the perfect vacation blend of beach and adventure activities like the ones mentioned in the MSN article.” 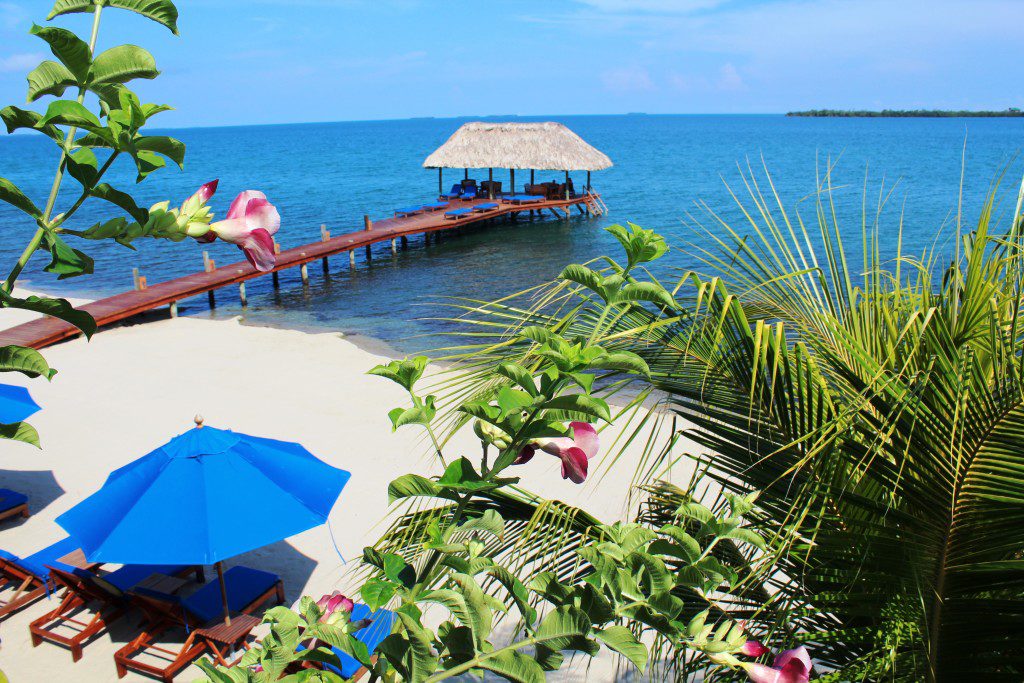 Chabil Mar is a multiple award-winning and perennial TravelAdvisor favorite resort on the golden shores of the Placencia Peninsula in Belize just a few minutes’ walk from Placencia Village. Chabil Mar is happily located close to all of the top tours on the mainland as well as the scuba diving and snorkeling paradise of the Belize Barrier Reef.
For more information about Belize or Placencia,  feel free to chat with our Concierge at: concierge@chabilmarvillas.com or contact our Reservations Manager at: reservations@chabilmarvillas.com. Or perhaps you would like to call toll free from the US or Canada: 1-866-417-2377

Air Canada, the country’s largest air carrier, has just announced that it will be adding six new international routes, including a non-stop flight from Toronto’s Pearson International Airport (YYZ) to the Philip Goldson International Airport in Belize City (BZE). The new route is scheduled to begin on December 15, 2017, and will run until April 8, 2018. The Air Canada non-stop flight to Belize will be offered once per week using the airline’s Airbus A319 (Rouge configuration) aircraft that can hold up to 137 passengers.

Canadian airline Westjet has been offering non-stop flight service from Toronto’s Pearson International Airport to Belize City since October 2016. The new announcement from Air Canada was welcomed by travelers as it is likely that increased competition will result in lower airfares and more options for Canadians wanting to travel to Belize.

“We warmly welcome the announcement that Canadians will now have additional options when they want to visit Belize,” said Larry France, marketing manager at the Chabil Mar resort in Placencia, Belize. “Wintertime in Canada is the perfect time to visit Belize to enjoy abundant sunshine, warm weather, and plenty of exciting outdoor adventure opportunities.”

Air Canada is the flagship airline of Canada. Founded in 1937, Air Canada is now the world’s eight-largest airline by passenger volume. Air Canada’s principle hub is the Pearson International Airport in Toronto from which the new route scheduled to begin on December 15, 2017, will depart to Belize City. Westjet Airlines already operates seasonal non-stop flights from Toronto to Belize City, and competition in the growing Canada-Belize market is widely expected to result in lower prices for travelers.

Chabil Mar is a multiple award-winning resort located on the sunny Caribbean shore of the Placencia Peninsula in southern Belize. Featuring  luxurious villas, a lush tropical garden, professional spa, and gourmet restaurant with open-air dining on the resort’s sea pier, Chabil Mar is the ideal location to enjoy a fabulous vacation in Belize. Guests receive the complimentary use of bicycles and high-speed internet access, and the Placencia Village is just a few minutes’ walk down the peninsula.

Chabil Mar is conveniently located just a short distance from the UNESCO World Heritage Site of the Belize Barrier Reef, home to world-class scuba diving, snorkeling, fishing, and sailing locations. Other attractions close to Chabil Mar include the vast Cockscomb Basin Nature Reserve (home to some of Central America’s last indigenous jaguars), the Monkey River, and the ancient Maya city-states like Nim Li Punit, and Lubaantun.

For more information about Belize or Placencia,  feel free to chat with our Concierge at: concierge@chabilmarvillas.com or contact our Reservations Manager at: reservations@chabilmarvillas.com. Or perhaps you would like to call toll free from the US or Canada: 1-866-417-2377