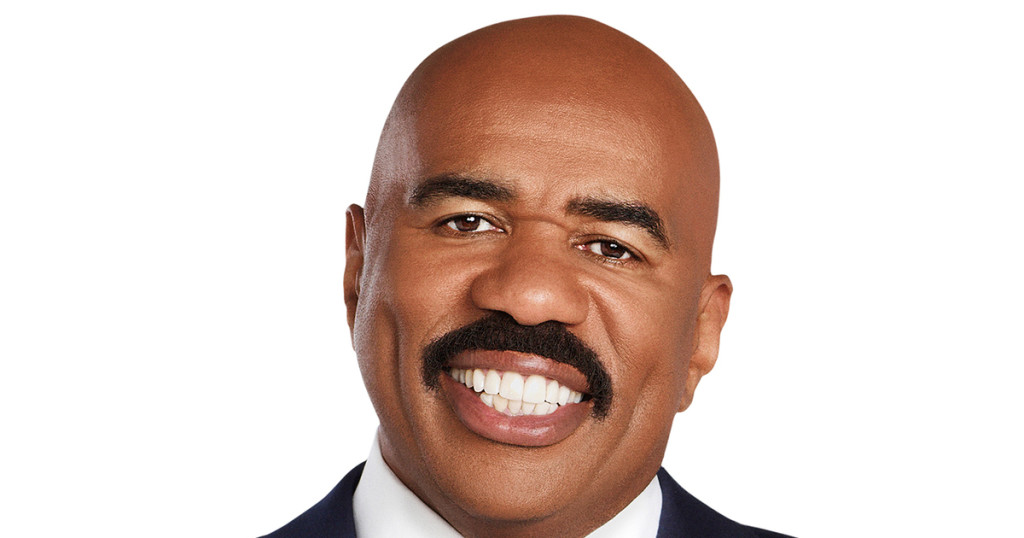 Last year, the world’s attention focused on American actor and presenter Steve Harvey after he unintentionally announced the wrong winner at the Miss Universe pageant. Despite facing a withering storm of outrage on the internet, Steve Harvey maintained strong support from some quarters, including the Belize Tourism Board (BTB) which took the proactive step of inviting Mr. Harvey to come host the country’s 2016 edition of the Costa Maya beauty pageant held in San Pedro on Ambergris Caye.

This week, Harvey surprised his radio listeners by stating that he just might take up the BTB’s invitation and host this year’s Costa Maya pageant. Broadcasting from the Cayman Islands, Steve Harvey was in the midst of interviewing Monyque Brooks, currently Miss Cayman, when he stated, “I am hosting the [Costa Maya] pageant this year and it’s going to be in Belize”. Mr. Harvey further added that he looks forward to visiting the country.

The audio clip from Harvey’s show caused a lot of excitement in Belize. In an attempt to confirm that Mr. Harvey will indeed be hosting the 2016 Costa Maya pageant, journalists contacted BTB Director Karen Bevans who stated that she is currently in the United States and that her staff is currently in negotiations with Mr. Harvey’s people for the popular comedian and actor to host the event.

On December 21, 2015, after the world learned of Harvey’s misstep during the Miss Universe pageant, BTB tweeted to Harvey, “We all make mistakes. You handled yours with class. Would you host our next pageant?” and subsequently received a “like” from Mr. Harvey.

To unwind from all the excitement of hosting the pageant, Steve Harvey is heartily encouraged to enjoy all of the wonderful sights in Belize. One of the most beautiful spots in the country is the Placencia Peninsula in southern Belize. With easy access to a wide variety of mainland adventures and just a few miles from the pristine Barrier Reef, Placencia is an ideal place to experience the best of Belize. 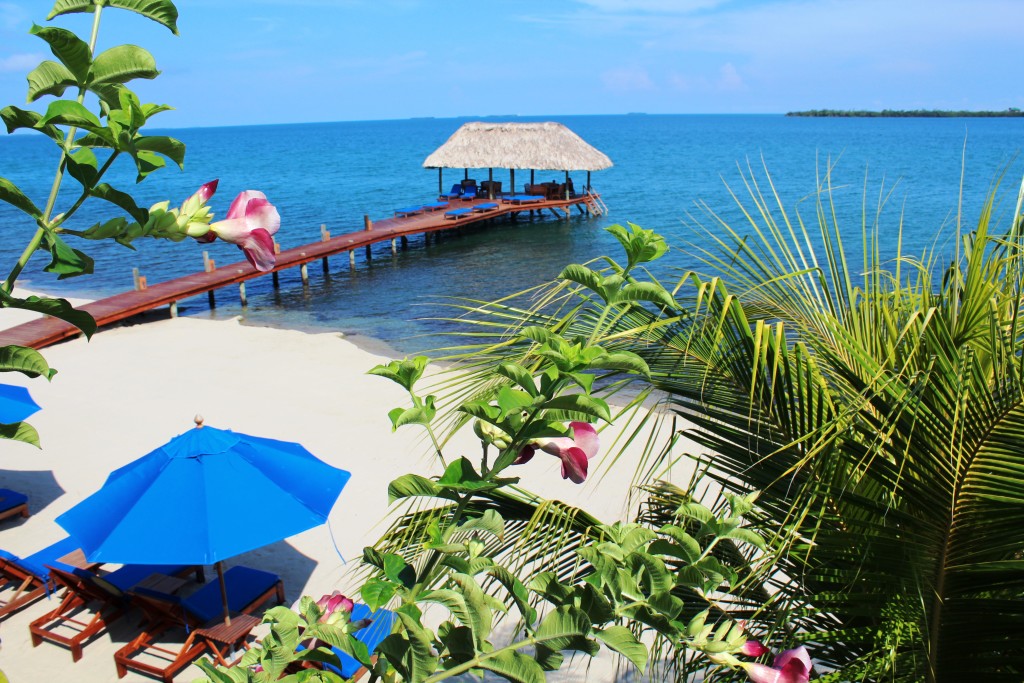 One of the finest resorts in Placencia is Chabil Mar. A luxury destination with its own private beach, Chabil Mar is an oasis of modern amenities with close access to both marine and mainland excursions in southern Belize. After Harvey’s faux pas at the end of 2015, Chabil Mar’s marketing manager Larry France heartily recommended that the celebrity host and presenter come visit Placencia and enjoy a delicious cocktail at the resort.

When a nation has as many exciting and unique natural wonders as does Belize—a world-class barrier reef, untold numbers of ancient Mayan ruins, first-class birding and dive meccas like the Big Blue Hole that astonished even the likes of Jacques Cousteau—you might think that this corner of the Caribbean has revealed all of its wonders. But even skeptics were caught off guard when a recent sighting of a rare humpback whale was reported by tourists sailing off the coast of the Placencia Peninsula.

The humpback whale, once thought to be endangered, is making a healthy comeback. Conservationists agree that populations are increasing. Their distinctive body shape makes this particular type of whale easy to identify thanks to long pectoral fins, a knobby head and the mammal’s unique water breaching style, but it’s not usually found in Belize waters, so visitors were both taken aback by the sighting and thrilled.

Local marine mammal experts believe that the whale, estimated to be about 30-feet in length (the average humpback measures 45-feet), may have become disoriented, causing it to lose its way. Excitement since that first sighting has been palpable, thus everyone on the Placencia Peninsula has been keeping close watch over the deep water channel that leads to the Big Creek Port.

“We saw this magnificent creature inside the reef yesterday,” North American tourists reported, after having observed the whale for 15 to 20 minutes before it disappeared beneath the surface. They declared themselves among the of luckiest Belize visitors to have spotted it and thus far, nobody disagrees!

It’s anybody’s guess how long the whale, found most often in Pacific waters, will stick around. Marine mammal and wildlife experts and organizations currently keeping tabs on sightings are prepared to step in if the whale exhibits signs of trouble and there’s something they can do to get it back into deep ocean.

In the interim, this news has spread across Belize like wildfire, so even if scientists don’t spot the whale first, Belizeans and tourists surely will.

“When we booked our late-winter vacation to Belize, we were excited to have found Placencia Village,” said a guest staying at Chabil Mar Villas. “The staff not only recommended great sites and excursions, but they suggested a sailing outing that could offer us a humpback whale sighting if we’re fortunate. Just in case we are lucky enough to spot the whale ourselves, we’ve already cleared out our camera’s memory card!”

Said another Chabil Mar guest, “We thought it was a rumor—until a YouTube video surfaced on the Internet that began to go viral.

If it turns out that we spot the whale, this could turn our already-awesome vacation into one that’s unforgettable on so many levels!”

For more information about visiting Belize and the Placencia Peninsula, feel free to chat with our Concierge at: concierge@chabilmarvillas.com or contact our Reservations Manager at:reservations@chabilmarvillas.com. Or perhaps you would like to call toll free from the US or Canada: 1-866-417-2377.

Belize is proud to be the host nation of the 10th annual Central American Cross Country Championship in Athletics. The event will take place on Saturday, February 20, in Roaring Creek Village in Cayo District and is being sponsored by the Central American Track and Field Organization.

Competitors from all of the countries in Central America will converge on Roaring River Golf Course in Belize for the exciting event with more than 125 runners expected to participate.

Belize has previously hosted the Central American Cross Country Championship but 2016 will mark the first time hosting the event under the leadership of a new executive. Belize hopes to make a good showing at this exciting event which is being generously sponsored by the Belizean Ministry of Sports and a number of businesses.

On Saturday, January 30, 2016, the Belize Athletics Association will hold a nationwide competition to select athletes to compete at the Championship on February 20. Any athletes interested in competing at the selection trial on January 30 should register as soon as possible by emailing belizeathleticassociation@gmail.com or making contact via Facebook.

The staff and management of Chabil Mar wish success to all of the participating teams in this year’s Central American Cross Country Championship!

Brent and Lindsay aren’t taking any chances that guests invited to their July 16, 2016 Belize wedding will encounter travel problems that could keep them from attending the big day. They wisely added a Q&A page to their wedding website (http://linzza113n.wix.com/brentandlindsayallen#!blank/n44bq) that addresses questions traveler might ask about getting to this Caribbean wedding paradise. Those who don’t join the fun will have to come up with some creative excuses if they skip this festive and exciting celebration! 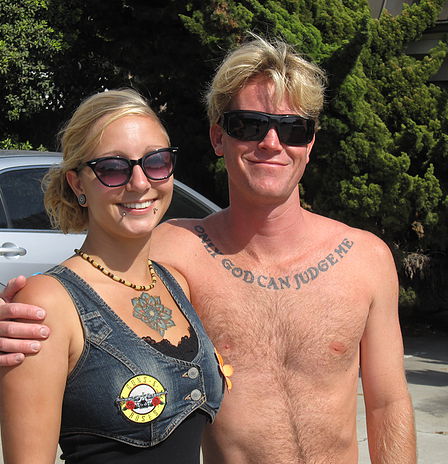 Of course, many of Brent’s and Lindsay’s close friends and relatives are already planning to take their summer vacations in Belize after following the progress of this romance for three years. The couple first met on September 12, 2013 and even the circumstances surrounding that day are serendipitous: the couple crossed paths along a San Diego beach, and in July, they’ll take their vows at a gorgeous beachfront resort.

Lindsay had just left school and was heading to her car when Brent spotted her and they literally experienced a metaphysical connection the moment their eyes met. Anyone who doesn’t believe in fate, kismet and providence may want to take a page from this couple’s fortuitous first encounter.

Brent wasn’t shy. He asked “the pretty lady in the green dress” to join the tailgate party he and friends were enjoying. He wasn’t sure how she would respond, but remember that we’re talking destiny here, so of course Lindsay said yes. The two talked well into the night and to make sure they saw each other again, Brent invited her to a barbeque that launched a world class love affair, culminating with their May 2015 engagement.

Do their friends need more incentive to attend their wedding? Probably not, but since all of the festivities are taking place at Chabil Mar, the resort that is fast becoming known as Belize’s Wedding Mecca on the Placencia Peninsula, the couple dedicated an entire page of their wedding website to the venue itself, calling Chabil Mar their idea of paradise. Guests making the short flight to Belize will be spoiled almost as much as the bride and groom once they realize that their accommodations are guaranteed to be as splendid as the wedding itself.

Calling Chabil Mar the most amazing destination wedding site they encountered while searching the Caribbean, Brent and Lindsay are determined to make their wedding “more convenient” by coordinating things with Chabil Mar wedding planners so guests receive “all the benefits of vacationing with a big group without any of the extra stress.” This couple’s love, thoughtfulness and energy are going to make theirs a wedding that won’t soon be forgotten for friends and family sharing the start of this happy couple’s future!

Two award winning Belize resorts have come together to offer visitors to Belize the ultimate adventure vacation package. This 7-night and 8-day jungle and sea package will have you exploring the pristine jungles of Belize and swimming with some of the most amazing creatures of the deep.

The Caves Branch Jungle Lodge is located just off the beautiful Hummingbird Highway in a gorgeous jungle setting near the capital of Belmopan. All accommodations are in the form of jungle suites and bungalows and guests have the option of staying in one of the resort’s majestic tree houses. Designed to combine modern luxury with an integrated jungle experience, few resorts can compare to the lodgings at Caves Branch.

Situated on the beautiful Placencia Peninsula on the coast of southeastern Belize, Chabil Mar feature elegant  beachfront luxury. All villas are richly appointed and the resort is only a short distance from the picturesque fishing village of Placencia. With close access to the UNESCO World Heritage site of the Belize Barrier Reef, Chabil Mar is the gateway to all of the best diving, fishing, and snorkeling areas in southern Belize.

The Caves Branch Jungle Lodge and Chabil Mar have partnered together to offer visitors a spectacular week-long Belize vacation package. After arriving in Belize City, guests will be flown to Placencia where they will spend four nights in Chabil Mar. During the day, guests will be taken to Gladden Spit, a pristine marine reserve on the southern Belize Barrier Reef where they will dive with migrating whale sharks. The largest fish in the ocean, whale sharks pose little risk to divers and enjoy frolicking and interacting with humans.

Guests will then be driven overland to the beautiful Caves Branch Jungle Lodge where they will spend three nights in one of the charming bungalows on the property. During the day, guests will get a chance to experience some of the best that the jungle has to offer, exploring ancient Mayan cities, spelunking in some of the largest caves in Central America, or sailing on a zip line high up in the canopy. Guests will also get to experience a night safari, a unique chance to witness the exotic jungle animals that are only active at nighttime.

Belize is an eclectic country with unspoiled nature, a rich abundance of wildlife, and fantastically beautiful panoramas. Visitors can now see all of the best of Belize with this outstanding combination of “jungle and sea”.

For more information about this Jungle & Sea vacation package, feel free to chat with our Concierge at: concierge@chabilmarvillas.com or contact our Reservations Manager at:reservations@chabilmarvillas.com. Or perhaps you would like to call toll free from the US or Canada: 1-866-417-2377.