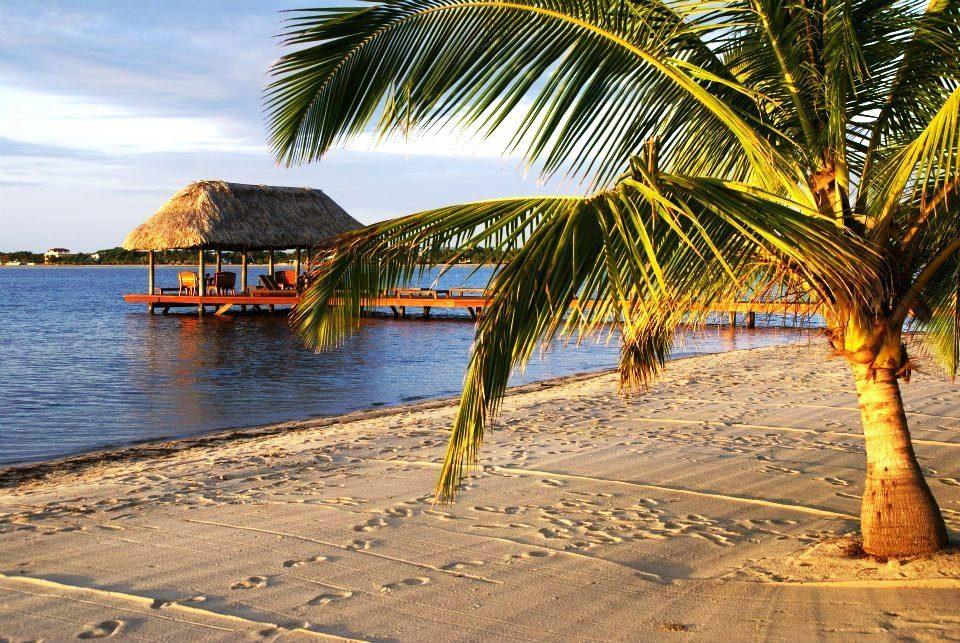 Recently, National Geographic published an article entitled “Best Winter Trips 2018” that included Belize. The article referenced the fact that Belize is home to the largest barrier reef in the Americas and the famous Great Blue Hole that ranked as legendary French marine biologist Jacque Cousteau’s top 10 favorite dive sites in the world. Indeed, the National Geographic article described Belize as a “diver’s paradise.” Belize was also highlighted as being a country where English is the official language, making it easy to get around and interact with locals. Other highlights in Belize featured by National Geographic included ancient Maya sites on the mainland. “National Geographic is right. Winter is the perfect time to visit Belize because that word doesn’t mean anything here,” said Larry France, marketing manager at Chabil Mar. “During the cold winter months in North America, Belize enjoys warm weather and clear, blue skies, making it the perfect time to dive, snorkel, or explore the mainland.” The best place to enjoy all the fishing, diving, snorkeling, and other activities on the reef as well as explore ancient Maya ruins and other attractions on the mainland is the Placencia Peninsula. Located on the Caribbean coast of southeastern Belize, Placencia is often described as the “island you can walk to” due to its beautiful beaches and laid-back atmosphere. Placencia is the main gateway to the vast Belize Barrier Reef, a UNESCO World Heritage site composed of hundreds of gorgeous islands and coral atolls. All the top sites on the reef, including the famous Great Blue Hole, are easily reachable from Placencia. Placencia is just a three-hour drive from the international airport and can easily be reached by the beautiful Hummingbird Highway or a quick, 15-minute domestic flight. Placencia measures approximately 16 miles north to south but is just half a mile wide, its western shore a large, mangrove-lined lagoon teeming with wildlife and birds and the Caribbean Sea as its eastern shore. Placencia is also close to all of the top attractions on the mainland, including visiting ancient Maya sites, zip lining through the jungle canopy, exploring sacred sites like ATM Cave, horseback riding, bird watching, cave tubing (using an inner tube to float down underground rivers), rappelling, canoeing, boat safaris on the Monkey River and hiking through the Cockscomb Basin Nature Reserve, home to the world’s only full-time jaguar conservation program.

The award-winning resort of  Chabil Mar offering outstanding accommodations just minutes away from all the action in Placencia Village in southeastern Belize. With gorgeous views of the beautiful Caribbean Sea, each villa is a richly-appointed two-room suite combining traditional Belizean decor with modern luxury.

For more information about visiting Belize or Placencia, feel free to chat with our Concierge at: concierge@chabilmarvillas.com or contact our Reservations Manager at: reservations@chabilmarvillas.com. Or perhaps you would like to call toll free from the US or Canada: 1-866-417-2377.

Last week, the End of the World Marathon and Half Marathon was held in Placencia. The marathon which began as a celebration of the end of the Maya Calendar in December 21, 2012 has become one of the most sought after running events in Belize.

The race is divided into two categories: a full marathon and half marathon.

Beginning at the football field at the bottom of the Placencia Peninsula, the full marathon (26.2 miles) goes through Placencia Village, Seine Bight Village and Maya Beach. The race then loops back a few miles south of Riversale and ends in the village of Placencia.

The half marathon (13.1 miles) begins at the marathon turnaround and also finishes in Placencia Village.

The End of the World Marathon is not only about running and fun in sunny and beautiful Belize, but it is about giving back to the community. According to the organizers of the event, the proceeds raised goes towards high school scholarships for children on the Placencia Peninsula.

Below are photos of this year’s race. All photos by are by Marion & Ed Carr. Copyright Muzamanzie Photographs, Belize. 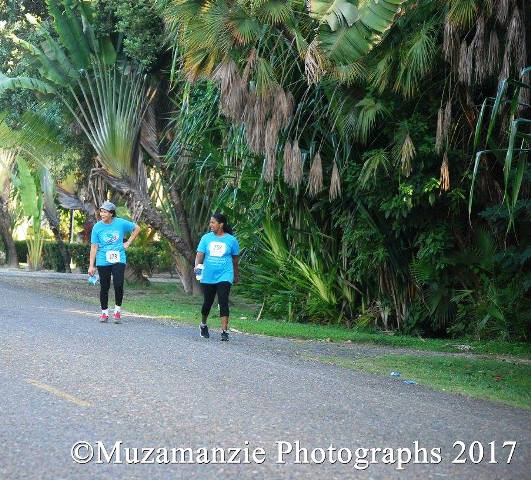 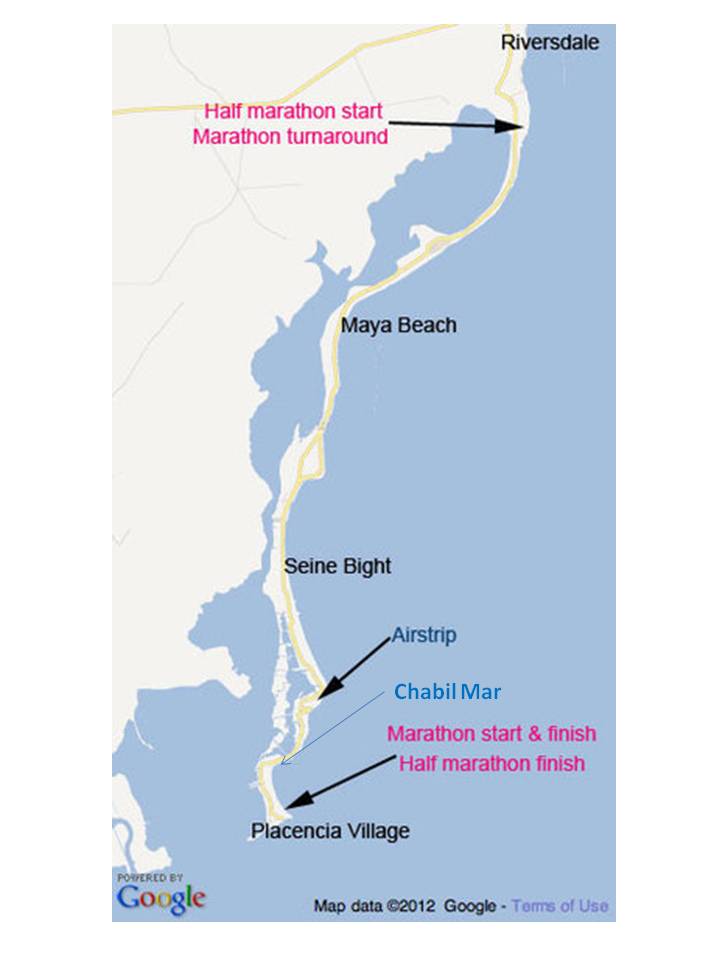 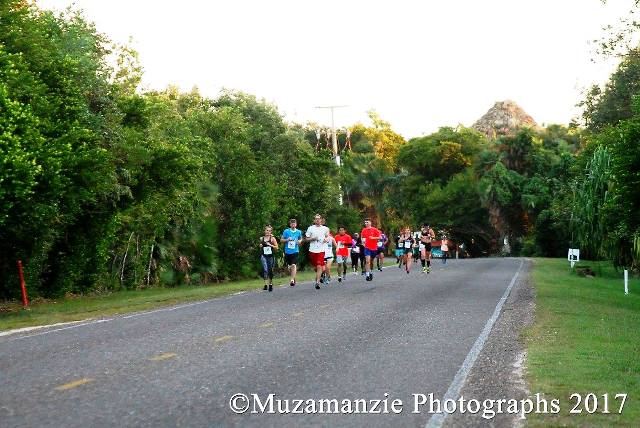 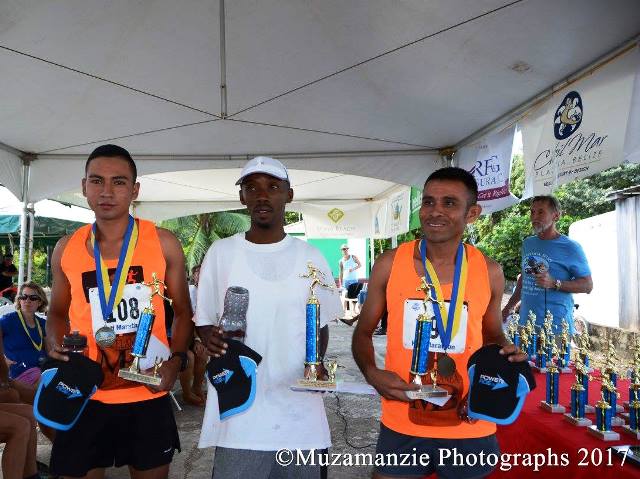 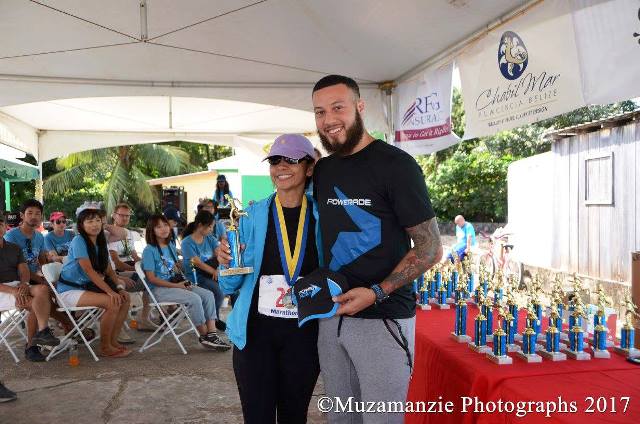 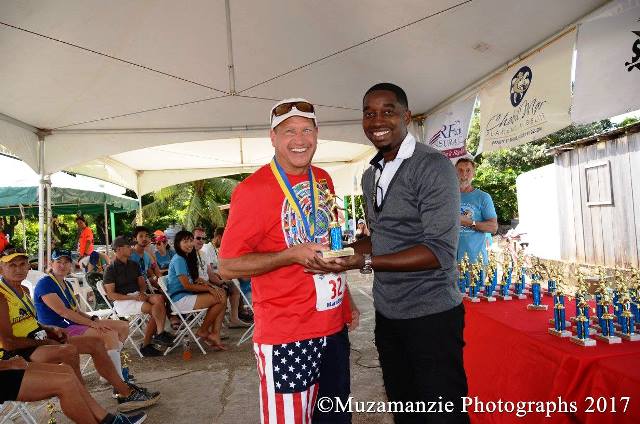 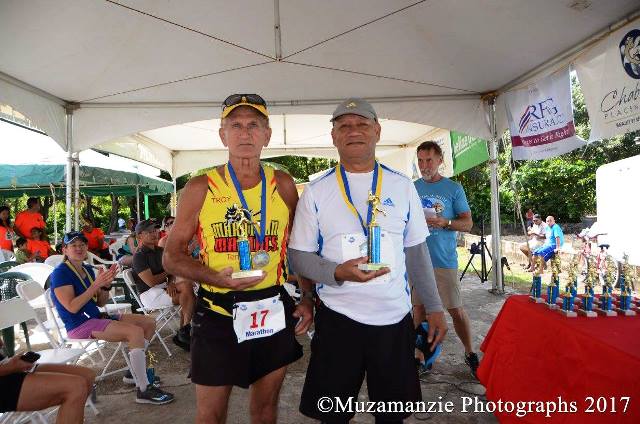 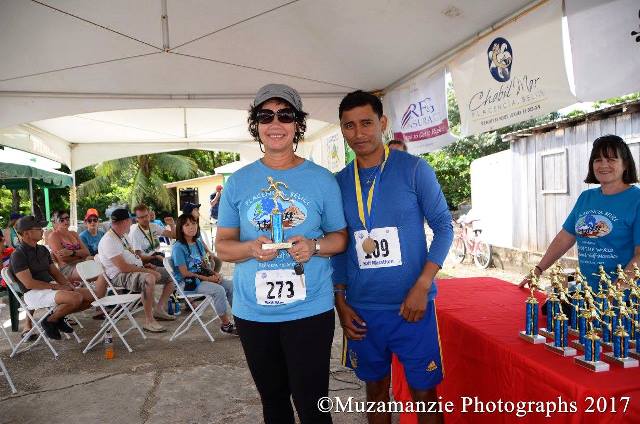 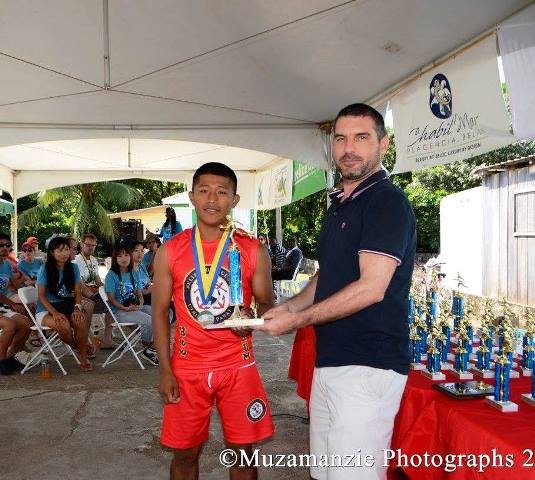 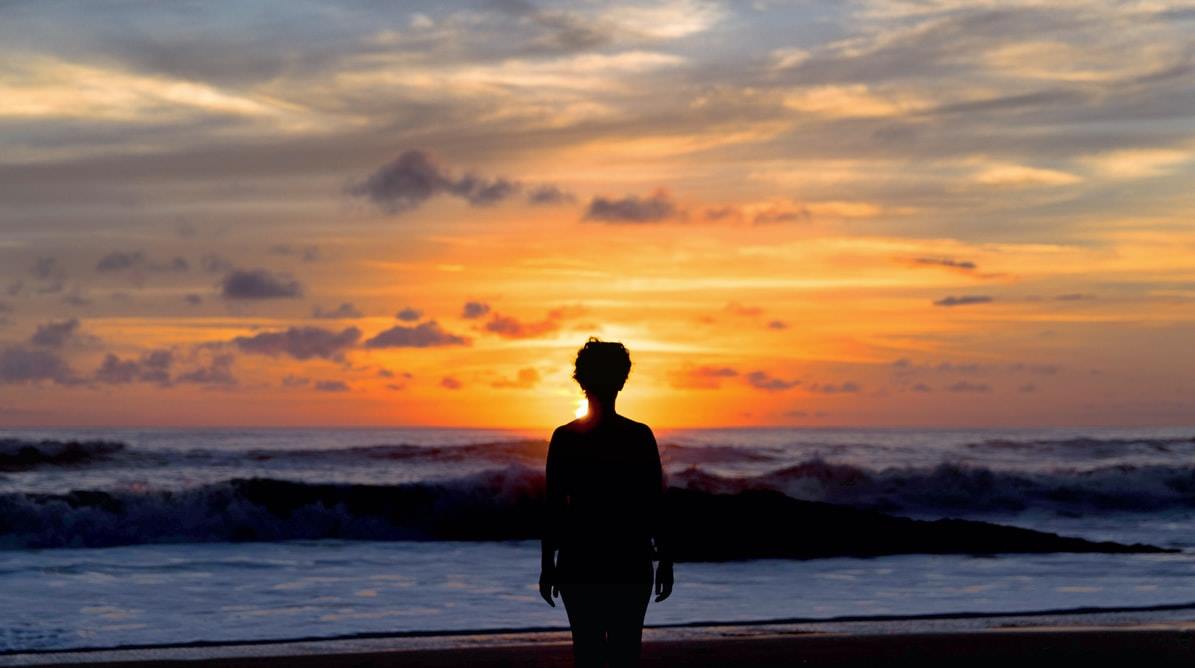 When people think of eSports, Central America isn’t a region that typically comes to mind. But when it comes to eSports competitions, the combination of beach territory and incredible scenery could make attending an event a more enriching experience that could benefit both the sport and Central America.

eSports tourism: A force to be reckoned with

When it comes to eSports, attendance is one of the most encouraging signs of its growth. And for the places that host these events, it is the out of market attendance that signifies the value of hosting competitions. Up to 70% of eSports event attendees are labeled as out-of-market attendees, meaning that people are traveling long distances to watch eSports in person. And when people are going to an event, that means that they’re contributing to the business growth of the local communities.

Given that eSports are spread across the world, rather than confined to domestic leagues in most cases, fans have to travel hundreds of miles to attend competitions. That means buying hotel stays and other accommodations that last longer than one day. This could spell immense benefits for Central American businesses if the region were to put a more defined focus on hosting future tournaments, which should be pursued with gusto.

There has been a meteoric rise in eSports popularity over the last few years, as competitive gaming has gone from a niche sport to one that is capable of filling arenas around the globe. One of the biggest reasons for that rise is the fact that eSports are more accessible to players than many other sports. While becoming an elite gamer requires plenty of hard work, it does not come with many of the barriers to entry that come with throwing 60-yard passes in football or slam-dunking a basketball. As a result, fans can cheer for outcomes that they are capable of achieving, creating more engaged supporters.

Additionally, eSports attendance continues to climb as interactive components like esports betting have brought fans closer to the action. Now, what exactly is esports betting? It allows the most ardent supporters to predict the outcomes of matches, cultivating a generation of more knowledgeable esports fans in what has become a big business. That knowledge has spawned a passion that has inspired fans to travel to competitions and buy merchandise. That’s also something that fans would likely do during events held in beautiful Belize as they have in other destinations across Europe, Asia, and North America.

How eSports could impact tourism in Central America

As it pertains to tourism in Central America, eSports could play a sizable role in the future if steps are made to bring the two together. With many vital eSports events being held in cities like Seoul and Seattle, organizers holding tournaments in Central America could provide a much-needed change of scenery from competitions held in cities to those held near the beach. And with the potential to create vacation packages around those tournaments, fans could enjoy everything Central America has to offer in between matches.

eSports could also provide a blueprint for other sports to move into the region for events in the future to make it an even more appealing destination. American college sports could be an area for that expansion to take place, given the current trajectory of both college basketball and football.

College basketball in the United States routinely features early-season tournaments in locations that include Jamaica, the Bahamas, and the Cayman Islands, where some of the best teams in the sport clash outside of American soil. College football, meanwhile, features the Bahamas Bowl each year. Both sports already feature international competition, and if something like eSports proved that sporting events could go off without a hitch in Central America, the region could see those sports move in as well.

In and of itself, eSports is one of the fastest-growing sports in the world. Were Central America able to secure the opportunity to host events in the sport, it could see a strong attendance that has followed this sport around the world. Perhaps more importantly, eSports could open the door to the chance to host even more events from other sports and make the region an attractive destination for sports fans of all kinds. 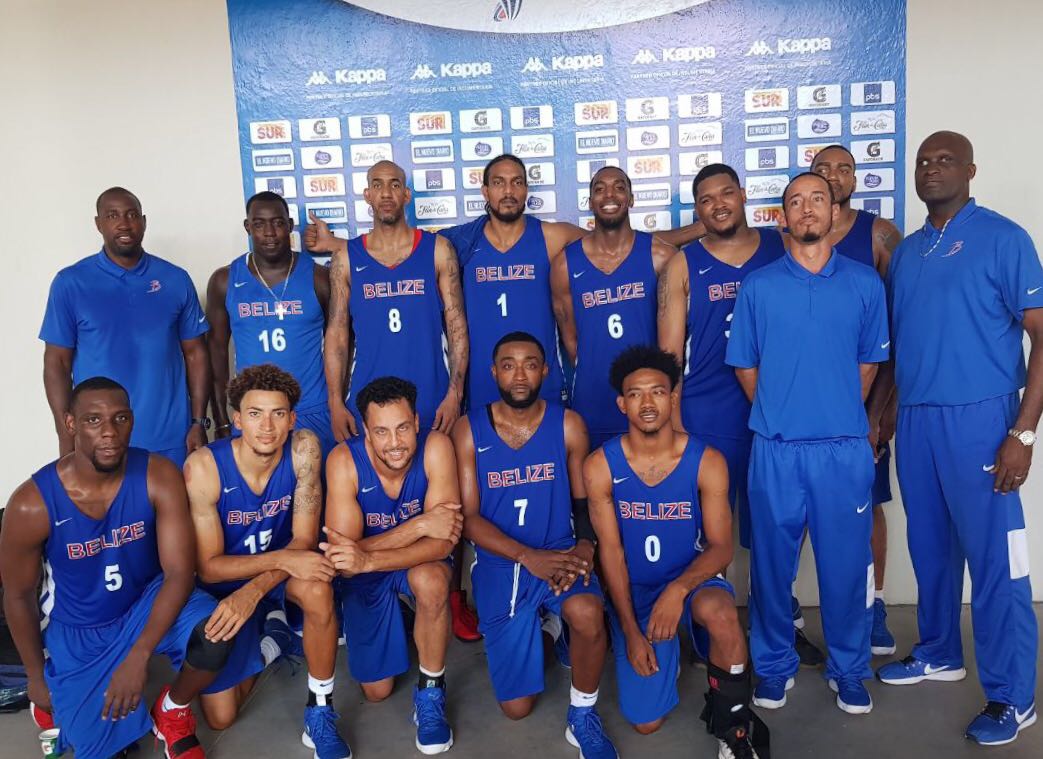 The National Basketball Team of Belize won bronze medals for the country in the XI Central American Games that was held in Nicaragua this month.

The victory represent the first medals for Belize at the games.

According to a release from the Belize Basketball Federation (BBF), Team Belize played their hearts out and held on to close out a 63-58 victory over Honduras to secure the medals.

“While the team was shooting for gold, this achievement against tough competition is encouraging for the BBF’s National Team Programme. Head Coach Milton Palacio, former NBA, Euroleague and Team Belize standout player, has pledged his commitment to continue the process of rebuilding the National Team Programme in developing young players and coaches going forward, and in preparation for the upcoming international basketball competition cycle,” the release from the BBF states.

In February 2018, the first round of the International Basketball Federation (FIBA) AmeriCup competition will commence and will see the participation of Team Belize.

The FIBA AmeriCup competition marks the launch of a new competition and Olympic qualifying format, being adopted by FIBA which features a new “home and away” structure for international play.

This new format allows exposure of Team Belize and the country in each round, and permits  fans with the best opportunity to provide maximum support when Belize host its opponents at each stage of play. The availability of the soon to be completed Belize Civic Center, with FIBA approved specifications, is therefore considered very timely.

The BBF is a non-profit organization which relies solely on contributions and assistance from the private sector and the public at large for their programmes.

On behalf of Chabil Mar Management and Staff, we extend congratulations to team Belize for winning bronze medals in Nicaragua. 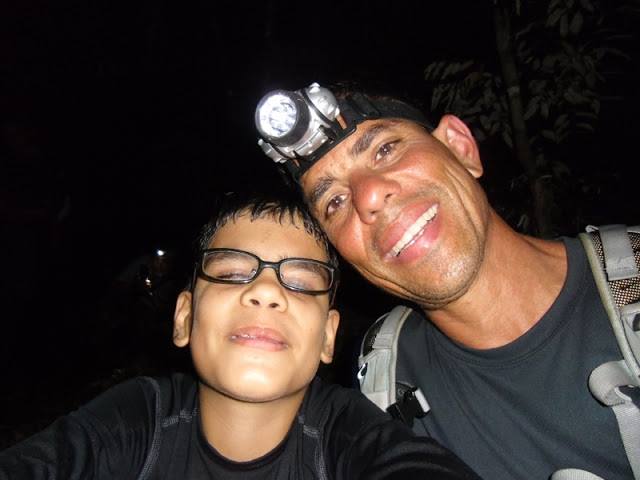 Belizean Roward Garel has won the title of Caribbean Adventure Ambassador of the year for 2017 with 1975 votes, according to a release from the Caribbean Tourism Organization (CTO).

Garel who was born blind is known for using this disability to undertake extraordinary feats. For example, he is the only visually impaired person to ever climb Victoria Peak, the second highest mountain in Belize that stands at over 3,000 feet above sea level.

He has also trekked 74.6 miles from Belize’s western border to Belize City in 5 long grueling days under the hot sun and has dived the world renowned Blue Hole, one of the top diving spots in Belize and the world.

His efforts have been dedicated exclusively to raising funds for the Belize Council for Visually Impaired (BCVI) and has not only increased public awareness of the services offered by BCVI, but the organization has also been able to expand its services to visually impaired people throughout Belize.

For the Caribbean Adventure Ambassador title, Garel went against Jake Kelsick of Antigua & Barbuda (1, 471 votes), Jeremie Tronet of St Vincent & the Grenadines (896 votes), Courtenay Bushman Rooks of Trinidad & Tobago (542 votes), and Mario Rigby of Turks & Caicos Islands (387 votes) who made it to the top five!

“We love the work that you do and we hope that you will continue to spread the spirit of adventure throughout the Caribbean,” the CTO said to all contestants.

On behalf of Chabil Mar Management & Staff, we extend our heartfelt congratulations to Garel and the other contestants in the Caribbean that entered the competition.