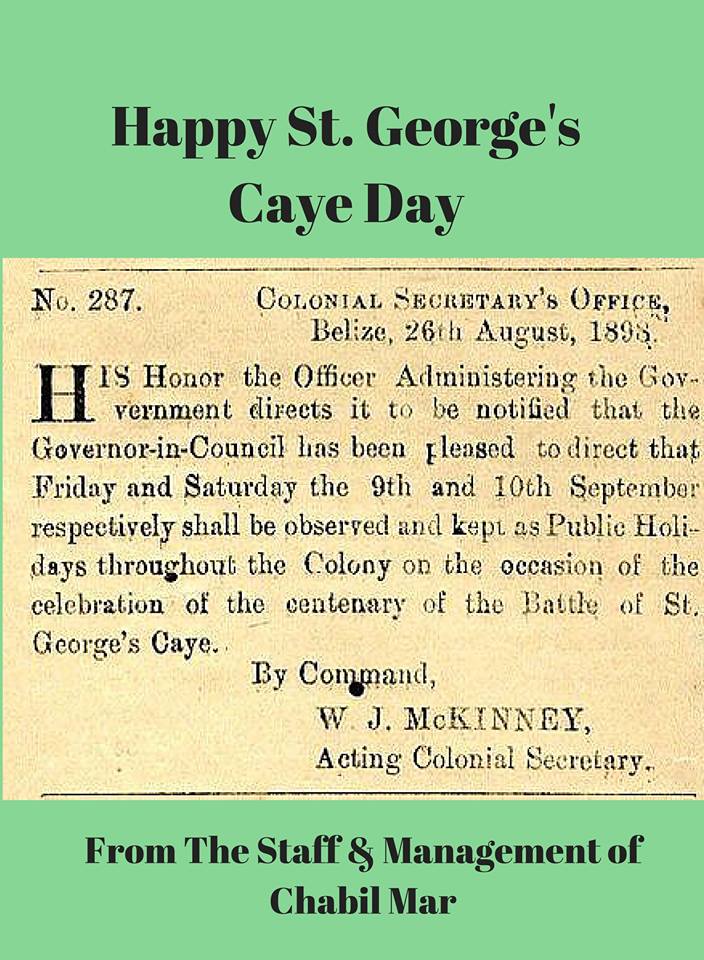 Belize celebrates two important events in September, St Georges Caye Day and Independence Day. St George’s Caye Day is celebrated on September 10 and commemorates the victory of the Baymen who won the battle that took place on September 10, 1798 between military forces from Mexico in an attempt to assert Spanish claims to present-day Belize.

On September 10th, the entire country dresses in patriotic colors of red, blue and white and in every corner of the country, you hear the lyrics of the patriotic song “The Tenth Day of September”. 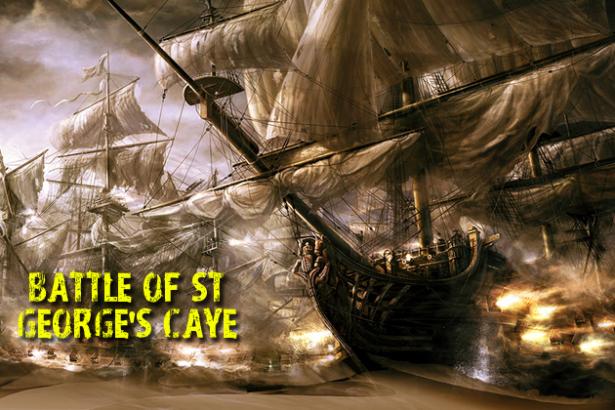 The song and lyrics are below:

The tenth day of September
words by B. F. Abeling

It was the 10th day of September In ninety-eight Anno Domini
when our fore-fathers won the
glorious fight at Old St. George’s Caye

Then hail them – cheer them.
Let our grateful loyal hearts not fail them,
as we march and sing and shout in merry glee
The Battle of St. George’s Caye.
Hip! Hip! Hurrah. Hip! Hip! Hurrah.

You can hear the song below courtesy of Lord Rhaburn Combo & Calypso Rose:

This year also marks the 221st anniversary of the Battle of Saint George’s Caye Day.

The second most important event for the month of September in Belize is Independence Day. This year, Belize will celebrate its 38th anniversary of Independence from Great Britain and traditional events around the country include the Queen of the Bay Pageant, Carnival Parade, St. George’s Caye Day Citizens Parade, Expo, Official Independence Day Celebrations and live musical concerts.

The September Celebration theme is “From Maya Grandeur to Modern Glory, Together Let’s Shape the Belizean Story.”

According to the September Celebration’s Commission, the theme evokes a spirit of nationalism and a call to work for Belize and thus, the  Commission encourages and  invites  all  Belizeans: individuals, organizations, schools and businesses –to incorporate  the  theme  and  its   significance  into  their  preparations  and celebrations for the National Celebrations this year.

If you will be visiting Belize in September, don’t miss the chance to celebrate these two important events!

For more information about the traveling to Belize or Placencia for the month of September, feel free to chat with our Concierge at: concierge@chabilmarvillas.com or contact our Reservations Manager at: reservations@chabilmarvillas.com. Or perhaps you would like to call toll free from the US or Canada: 1-866-417-2377.